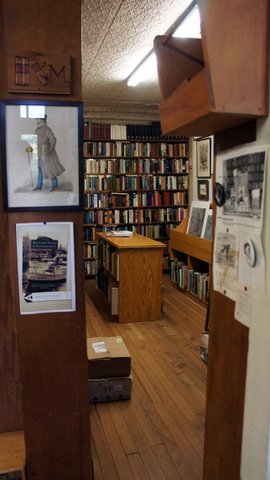 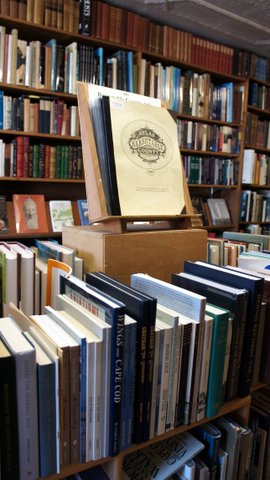 When Ben and Ruth Muse moved their mail-order service from New York to Cape Cod in 1957, they moved first to Sherman Square in Hyannis. They remained there for four years before moving into 19th century three-story building in Yarmouth­port that has been the home of Parnassus Book Service ever since.

Known as Knowles General Store and built in the early 1800s, the building housed a general store for many years. In fact, during the early years of the book store, a number of customers and the curious would come in to inform us where the pickle barrel was located or where the candy counter was hidden; they did sell other things like food, soap (we still have a corner sign for their soap), and other important necessities of the day including what they called “wet goods” (liquor). For a decade or so the second floor was the home of the Yarmouth Swedenborgian Church while they constructed their permanent church across from the village green. 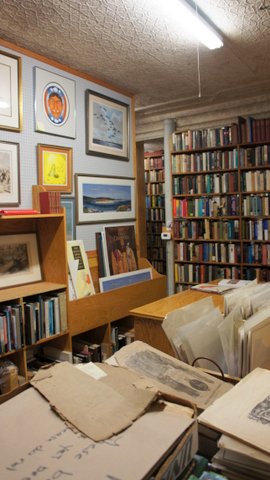 Our family have run a general book store selling new and old (often rare) books as well as issuing specialty catalogs on a variety of subjects: Americana, Latin America, Maritime, Art, the Orient and a variety of other subjects. Over the years we have been ably assisted by children, grandchildren and cousins, as well as Isobel Grassie, Lilian Dykstra and Paul Noonan among others. The store is known for its outdoor book stall (leave your money under the door) and shelves that hold books you never expected to find.

As a new world appears on the horizon requiring roads not previously taken, Parnassus is changing too. We will continue offering new and old books on interesting subjects, on the Internet and in Yarmouthport.

We look forward to seeing you.